Come Heal With Me: Thou Shalt Not Steal

Thou Shalt Not Steal 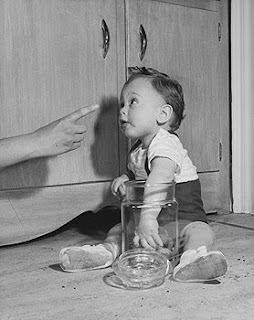 Notes from the Book: God's eighth rule for life, "Thou shalt not steal," is the foundation of our entire economic system, because it recognized the fact that one has a right, a God-given right, to work, earn, save, and own.

Actually, no person owns anything. All belongs to God, but while man is on earth he has the God-given right of possession. To deny any man that right violates the very basis of God's creation.

"What belongs to my neighbor belongs to me and I will take it."
...by the robber, the embezzler, and all the others.

Living beyond one's means. To go in debt without a reasonable probability of being able to pay back is stealing.

To fail to give an honest days work is also stealing.

We can also steal from another when we withhold from our fellows ... How can I give to God what is rightfully His? There is only one way; that is in service to others. So the positive meaning of "thou shalt not steal" is consecrated service, both of my material resources and of my life.

Notes from Mother:  All that we have God has given in one way or another.

My Notes:  Mother didn't write a lot in this section and I think I know why. Mother was a giver. She believed in tithing and offering, not just of her money (which was tithed to the penny) but also of her service.

When Mother retired, I thought I would now find her sitting before the television, knitting, enjoying her "shows."  She watched The Young and the Restless from the day it first aired until the last day she physically sat before a television (her last few days were spent with me at Ridgecrest). She often said she didn't really care about it ... but she had to keep up, I guess.

Mother also enjoyed anything featuring The Gaithers. She had hours and hours of Gaither Homecoming shows recorded. She adored the "Love" movies which aired on The Hallmark Channel, made from the Jeanette Oak books. Just last night I saw a new one was airing. I was on the phone with my brother and I told him, "Here's one she never got to see." 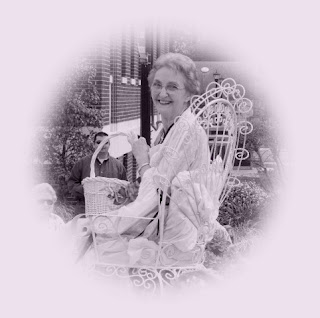 "Gosh, she loved those movies," he said.
"Sometimes I'd walk in the house and she'd be sitting there watching one. I'd say, 'Don't you have that recorded and haven't you already seen it about a hundred times?' and she'd answer, 'Yeah, but I just love to watch them.'"

I'm on a rabbit trail. The point is ... Mother actually, honestly, rarely got to watch television. She was too busy volunteering. Helping others even younger than herself. When I called and got the answering machine, I'd leave a message that said, "Now where are you?"


The answer was that she was nearly always out helping someone else. Driving someone to a doctor's appointment. Picking peas or beans, shelling them, and taking them to someone who couldn't. She volunteered so many hours at the nursing home (where some of her friends lived), she was named Volunteer of the Year (she rode the float as such in the Livestock Parade just two months before her death), and a butterfly garden was dedicated to her after she died.

When Mother died, a lot of people said, "We sure are going to miss her." I knew what they meant, of course. But I also know they'll miss her service, which included her gift of giving financially, her smiles, her laughter, her willingness to play Bingo with the elderly or serve hot dogs during a picnic, to shell peas (probably while watching one of her shows!), and to drive those who no longer could wherever they needed to go. To listen. To give the best advice.

To just be there.